Congratulations to Mr & Mrs Hill who got married on the 14th January 2017, they had their reception at their home address in a marquee supplied by Oakleaf Marquees & they did a fantastic job with the marquee, if you’re looking for a quality service then look no further than these guys.

The beautiful village of Goathurst was the location of the wedding & it was just over an hour drive for me, but it was worth it, the house & grounds were stunning & so was the Bride & groom with all their guests, they had a sit down meal in the marquee & was in good hands, when I first arrived I was greeted by Tim the owner of the marquee company & Dave Parker the Toastmaster who did a fantastic job through the day & early part of the evening.

When the speeches & food was finished I could then setup at the back of the marquee, there was only one entrance in for me & the marquee was about 40 metres long, so it was a bit of hard work but I did have a little bit of help from Tim.

Once everything was ready they pulled up the curtain I was behind & then they pulled it up to reveal my disco, then it was time to do the cake & first dance, it was the father & daughter dance first to Heartland – I Loved Her First, then on to the first dance as B&G to James Arthur – Say You Won’t Let Go, about half way through the song I invited everyone to the dance floor & it was the start of an awesome night with loads of dancing, singing, smiles & laughter. At one point of the night, one of the guests ask for Zorba The Greek song, so I played it & what a reaction from the crowd, they all got into a circle & my greek friend got in the middle to do some dancing & invited people one by one to join him.

Later on through the night I noticed some of the bridesmaids & guests performing what looked like a cheerleader stack, they were doing a great job from what I could see, so I quickly ran around to take a nice picture, but just as I got there they all fell down & was laughing. Then a bridesmaid came up to me asking if they could all do the mannequin challenge, so I said yes & offered to let them use my GoPro to film it, you can see it HERE.

The evening buffet was German food style with some massive sausages & other items that everyone was tucking into, very nice.

It was a great night with a lovely couple & guests, I wish you both many years of happiness together, below you can see some of the pictures I took & a bridesmaid who kindly took some shots & the rest you can find HERE, please tag & share if you dare.

Thank you for booking with Hotshots Entertainment. 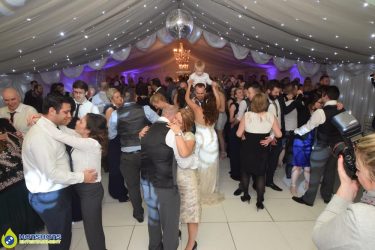 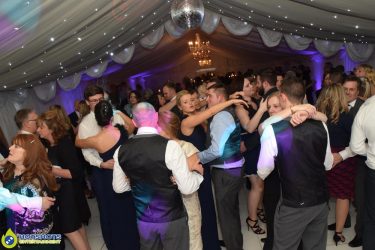 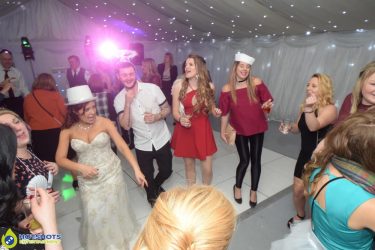 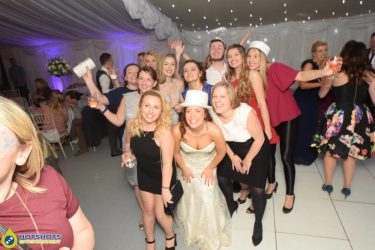 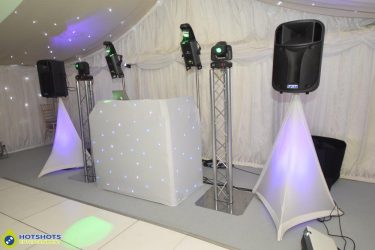 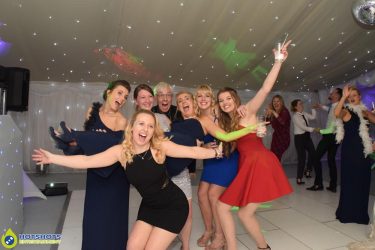 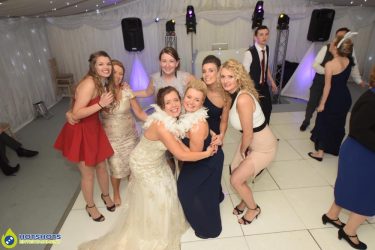 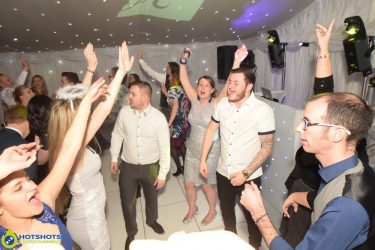 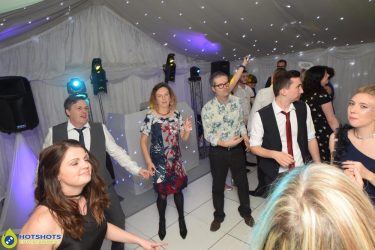 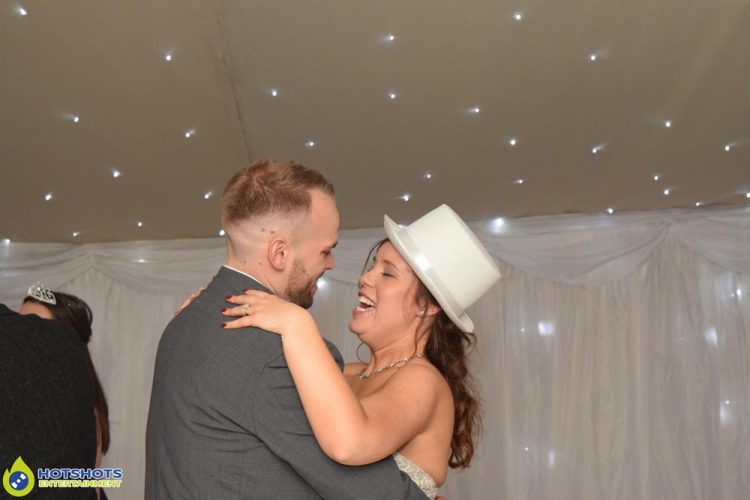