Our inflatable photo booth was booked for Louise and Max’s wedding at the lovely Eastwood Park. The times were slightly different to normal working hours, but we found it worked really well.

They booked the inflatable photo booth to start from 2.00pm. This was just after they got married and while they were having their group photo’s taken. I found it great as it gave everyone something to do straight away. As soon as I let the first guests known it was open, they all started to come in and put the props on ready to strike a pose.

The weather was not great that day and the grounds were very wet. That was a shame as we planned on having the photo booth outside. They did manage to go outside for a few shots as it cleared up, which was great news. But the photo booth had to stay indoors on this occasion.

It was seeing big family groups coming in the photo booth together. We had the Bride squad in and then the groom squad, ten people from the same family. Then we did one through the years, everyone had a really good time.

After the photo booth had finished they went I for their wedding breakfast, with their evening reception later on. I’m sure they all had an amazing time. The guests were all so friendly and funny, the bride and groom looked amazing. There were some lovely messages left in the guest book alongside their awesome photo’s.

Thank you for booking with Hotshots Entertainment, we wish you both many years of happiness together. 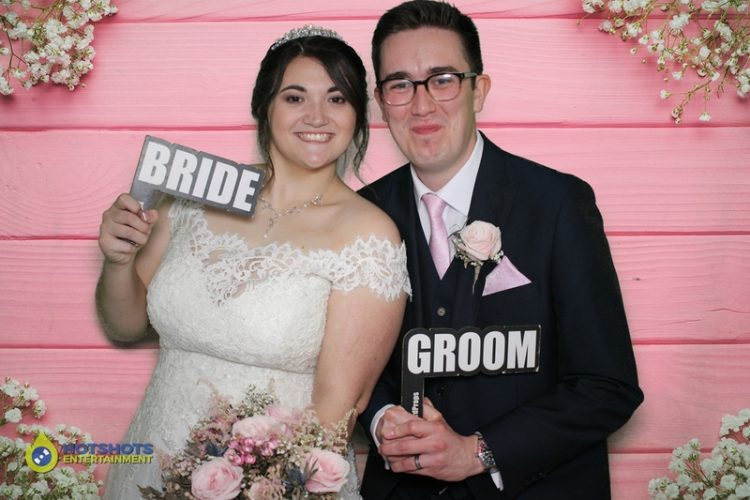