On the 23rd February 2018 the Bristol and Somerset Wedding Awards took place at the lovely Cadbury House Hotel and Spa we were shortlisted for 2 awards.

Entertainment (non-music) for our photo booth services and DJ Services.

The day started off making sure everything was ready for the evening as I offered my services to provide a photo booth for the evening so we could have a bit of fun. Then it was on to my room for a little traditional VIP karaoke with a few other full time wedding professionals, as it’s normally the only time we get off of the year we like to let our hair down, we class it as our Christmas party first. Then it was on to the awards evening and we all went VIP this time and had a really good time, there was a band playing some live music for us and it was so good I had to go out and get a few more people in singing and dancing.

At about 7.25pm we got called into the main room to be seated for our meal, they did things a bit different this year which I thought was very good. First, there was a video shown for Mr & Mrs White’s wedding which was filmed by Ben Pope from A Perfect Memory on the 23rd October at Kingscote Barn where I supplied a Photo Booth hire for them. Everyone then had a quick fun game before we had our starters it was on for the first 5 awards on the evening after a few awards went by it was time for the DJ award and there was 2 of us sat on the same table as we’re good friends, first the announced a Highly Commended award at the time I did not think I was going to get any awards with a strong category of DJ’s, but then they called out Hotshots Entertainment for a Highly Commended award, I was in shock and then when I went up to collect the award my other friend Kieran Clarke set off a confetii canon and it looked awesome. As I was around the back they announced the winner of the DJ service which was Kieran Clarke as soon as I came back around I congratulated him.

The mains were then served out and they were awesome, such lovely food, well done to the chefs. After it was time for some more awards, this time for Entertainment non-music which Hotshots Entertainment was in for photo booth but also my other good friend Adam Richards from Adam Richards Magic so once again there was a highly commended award that went to Brizzle Booth (last years winners) and I was thinking it’s got to be Adam for sure and the next thing you know we’ve only done it and WON the award, so Hotshots Entertainment picked up 2 awards in one night and I was so thankful for all the previous lovely couples that have voted for me, as the hard work that was put in to make this happen.

But the night was not over there was still a few more awards to come and a couple more good friends were up in the running, it was time for the photographer of the year, always a very strong category, but he did it for the third year running Lee Hatherhall photography claimed the award our table all got up and clapped. Nearly the last award of the night and sitting very nervous was Ben Pope, my very good friend and also one of my best men for my wedding, well it was time and it only happened A Perfect Memory had won it for the 5th year in a row, he was over the moon as well as I was, I got up and gave him a BIG hug and said congratulations.

Just after the awards, we did a raffle and auction to try and raise as much money as we could for the Wedding Wishing Well Foundation this is why we enter the awards and try to raise money for them as they do such an emotional job that is close to my heart.

Thank you so much for letting me be apart of this wonderful evening, it was nice seeing Mr & Mrs White there in person who traveled down from Manchester for the awards, many many thanks to all my lovely couples I provided a Wedding DJ or Photo Booth service in 2017 that voted for me, well done to everyone who entered win or lose you’re all winners to me for supporting such a great charity.

A really BIG thank you to Martin Wise from Studiowise Photography who took this amazing photo of my awards.

Below you can see a few pictures before people arrived for the evening a 1960’s Hollywood film look. 2018 is going to be a great year and have some lovely couples booked in for their weddings in some lovely venues. 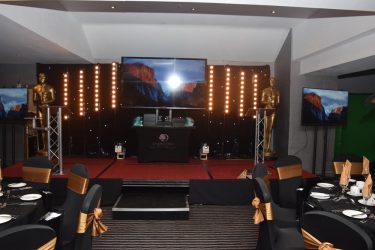 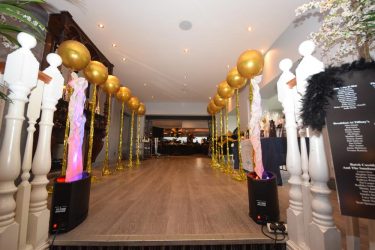 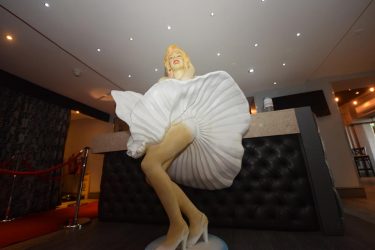 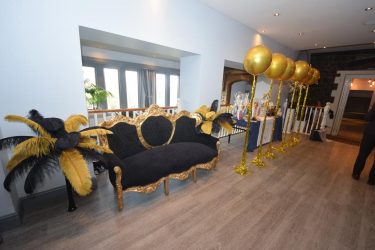 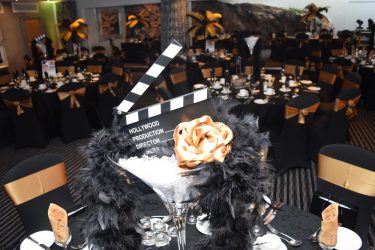 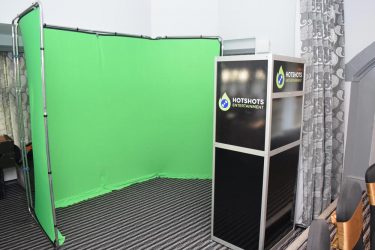 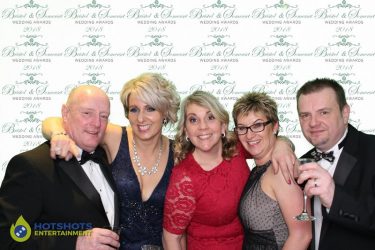 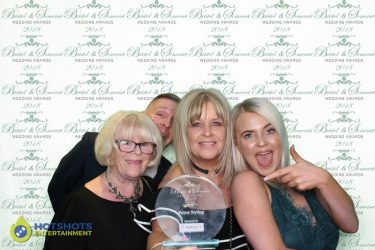 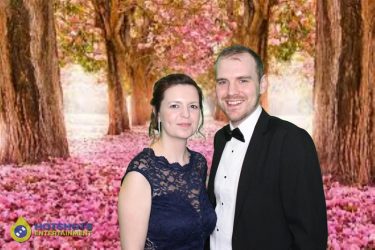 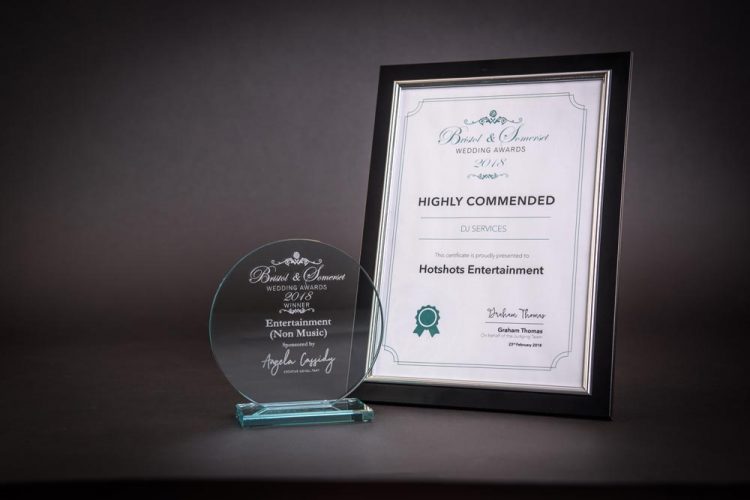